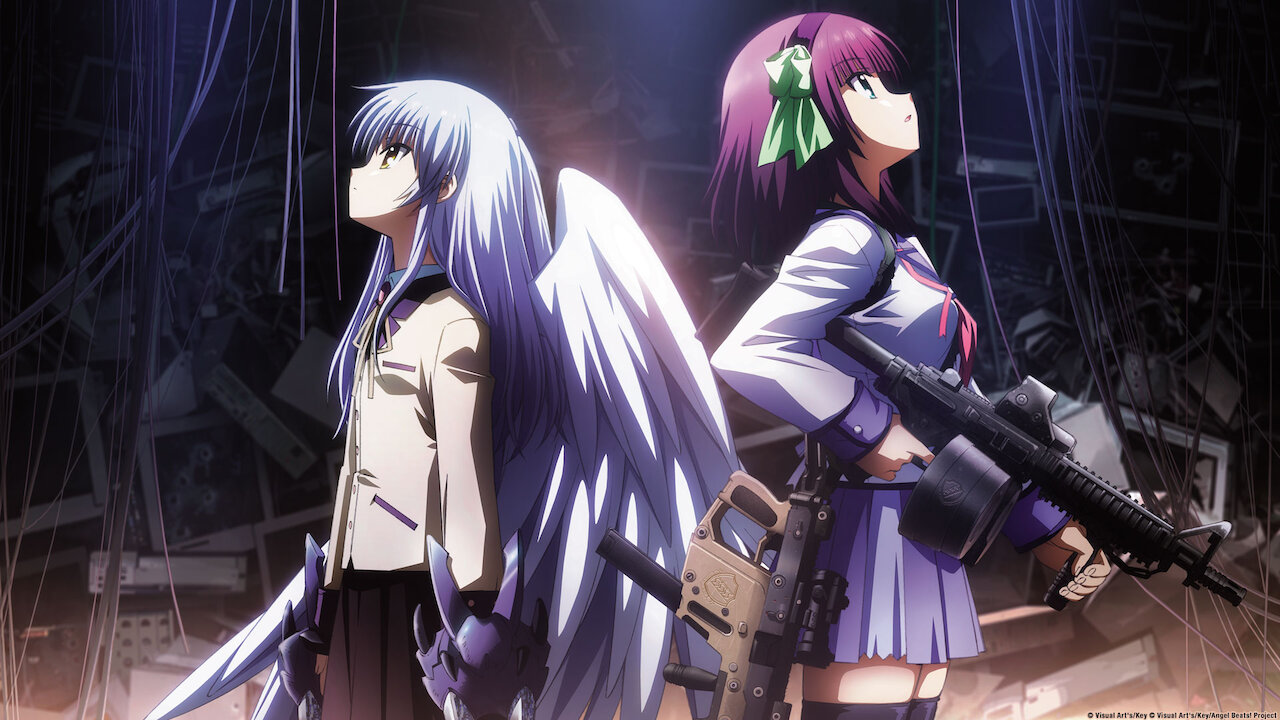 If you thought that drama, bloody action, school life, and rock music inserts cannot coexist in a single anime and a 13-episode one at that, then you probably haven’t seen Angel Beats!

Set in a high school in a limbo world, a group of teenagers find themselves there after their deaths and somehow just there to exist. A group known as SSS (Afterlife Battlefront in the English dub) blames God (though it is questionable if there really is a God in the story’s continuity) for their unfulfilled lives that are cut short by various tragedies, some revealed, and some aren’t. The story begins with Yuzuru Otonashi (Hiroshi Kamiya) waking up into the limbo world hexed by cluelessness of his life caused by some sort of amnesia. Right off the bat, he gets blindly enlisted into SSS by their leader Yuri Nakamura (Harumi Sakurai) and briefs him on what SSS does. Apparently, SSS is frequently engaged in skirmishes with the student council president they dubbed Tenshi (or Angel; voiced by Kana Hanazawa), speculated to actually be an angel and a servant of God. Through Otonashi’s interactions with Tenshi, SSS will eventually find their way into discovering the nature of the world they exist in.

Being a 13-episode adaptation that it is, the anime would not be enough to cover much of the manga. For this, most of character backstories are not covered and are just briefly referenced just to set things up for the audience since most of the time, the story progresses in the perspective of Otonashi, a newcomer and newbie to the properties of the world they are in. However, due to time constraints, each episode is packed with elements that make the plot progress quickly.

With fight scenes here and there, some scenes portraying the rock band named Girls Dead Monster (which also has a real life counterpart), some explosion scenes, and a number of scenes where matter is altered and/or created, P.A. Works has done great job in animation by either nicely animating fast-paced movements (e.g. knife fights, playing drums) or effects that depict materialization.

Kamiya has portrayed Otonashi in a normal fashion since the character after all is a rational but clueless person that tries to interact with the other characters. However, the brilliance in his voice acting could be found in the latter episodes. Sakurai‘s voice acting is diverse in terms that Yuri is a rational but pushy leader with a bitter past that explores a more dramatic side to her character. Hanazawa’s character is rather analogous to that of Otonashi in that she is objective at first but would soon reveal a much more relatable side later. However, Tenshi is a kuudere so her initial conversations with characters are almost monotonous, but as expected of Hanazawa’s other roles in anime, she has a certain cute and sincere tone in her voice.

The opening and ending themes composed by Jun Maeda depict a serene and calm atmosphere while the Girls Dead Monster insert songs gives a cool and vibrant vibe. These two complementary elements in the music gives off the overall mood of the anime that dons a number of genres that is rare to meet each other in a single piece of fiction.

If you’re looking for a short tear-jerker paired with fast-paced action, Angel Beats! is good anime to check out. 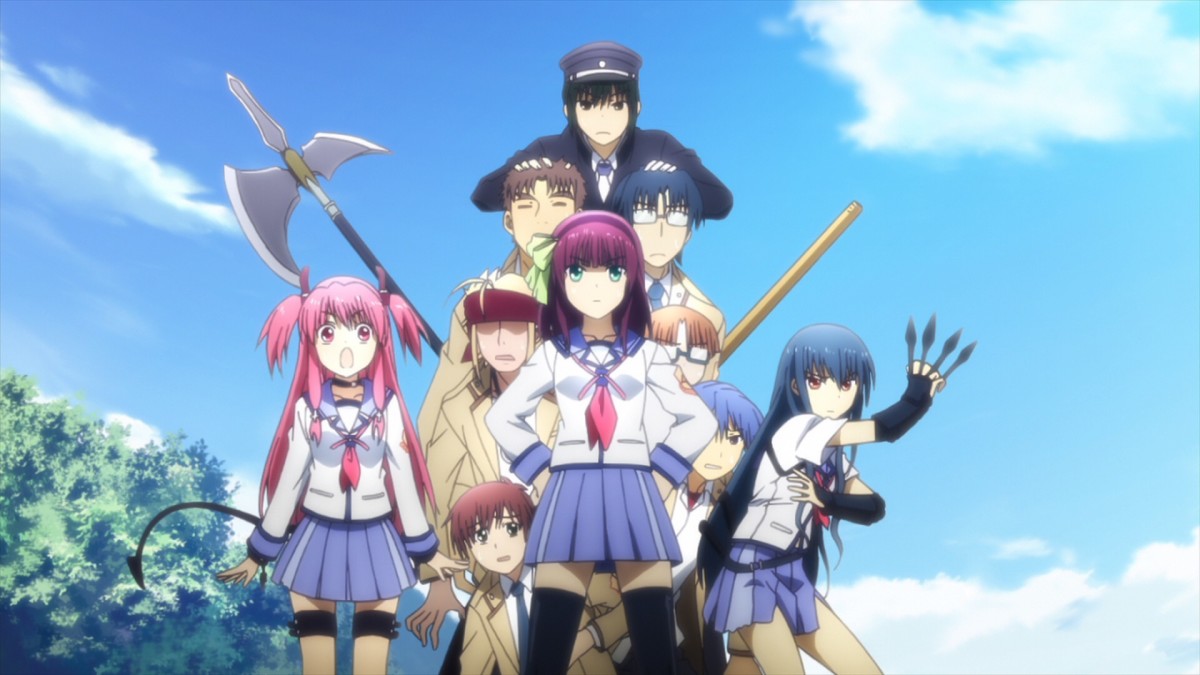