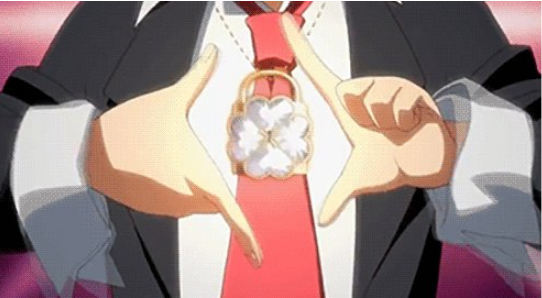 Kids have different aspirations on how they want to grow up. Some dream of having a professional career, like being in famous sports teams, or maybe even saving lives as a doctor. There are also others who wish for less tangible things, like wishing for world peace or wanting to make everyone happy around them. Then there’s kids who want to change themselves so that they can make their dreams into reality themselves.

In the lore of Shugo Chara, these dreams manifest through a pretty egg that comes out of your heart, that hatches into a chibi character embodying your dream come true. The story is equal parts light-hearted and heavy, which is very reminiscent of what childhood is all about. A story full of sparkles of childhood and character developments symbolizing each character’s growth. 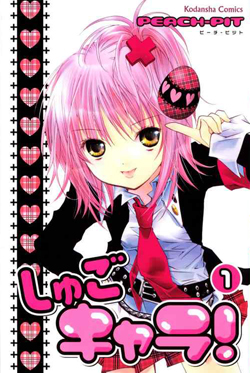 Our main character, Hinamori Amu, pretends to be a really cool and spicy girl in school, but is actually a shy softie when no one is looking. One night, she wished to have the courage to change, to be able to show what she really is to everyone. The next morning, there were three pretty eggs on her bed, and chibi characters portraying her would-be selfs came out of each egg. They are her shugo charas (guardian characters), hence the anime title.  She is then invited to join a special mission of the student council, who all have their own shugo charas. Their mission is to save and restore other children’s aspirations by purifying their shugo chara eggs that turned dark because of losing sight of their dreams. The student council members and Amu can transform themselves with the aid of their shugo charas  to transform and gain unique abilities to purify the eggs.

The transformations are not restricted to girls though, which is a nice change and gives the impression that boys can watch sparkly anime too!

The plot of the anime is well-defined and has an appropriate timeline. Flashbacks are rare, and if shown, do coincide with events from the present without adding new elements into the story. It still falls under the shoujo genre and thus still has romantic elements between the characters of the story, like between Amu and the student council president, Hotori Tadase.

Despite its mellow tone and portrayal, a rather difficult theme comes in very early in the series that makes it a bit hard for young kids to watch. For one, charas look like little humans and can communicate and complete actions. They are also the embodiment of a child’s innocent desire to become what they want to be. Eggs are actually very fragile things. The student council attempts to purify the eggs so that the children that made them can finally believe in themselves again. If they are destroyed, so is the hope of the child they came from. 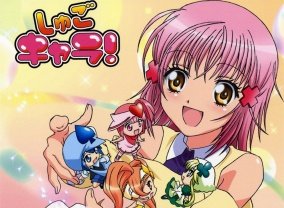 Large eyes, round faces, and soft limbs are common in the series since most of the main cast are composed of middle school students. The animations and backgrounds are drawn fairly average and the colors are quite bright, especially in transformation sequences.

Each of the characters who have a heart’s egg have a wish to change. This is how they develop each as separate characters. This is also because Amu’s words are able to affect whomever she is talking to, ally or enemy. Even characters who do not have heart’s eggs but have a lot of interaction with Amu become dynamic as well. 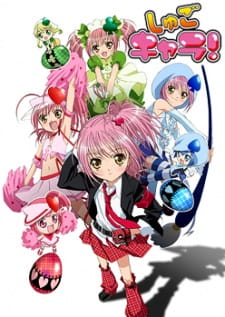 Like the animation, the songs played for the openings and endings are also very bright. The pop openings always make you want to jump or move around and they reference the anime a bit in their lyrics. Ending songs are also very energetic in nature and tend to be more rock. The anime also features a few insert songs since one of its characters, Hoshina Utau, is an idol and the messages of her songs are more mature, and mostly concerning love.

Shugo Chara will not be exactly the first in my recommendations, but it does certainly have a few things viewers can learn from. You may need to be a slightly older child to be able to understand a few of the themes shown in this anime, but that does not mean that you should stop enjoying your time as one. It even encourages you to still believe in dreams no matter what age you are. You may not be able to form a heart’s egg, but what is important is that you never give up on bettering yourself. Just hop a bit, take a step, and jump for it.